History of the Symphony

Konstantin Dimitrov
In 2005 the international classical concert pianist/composer Guy Saint-Clair and his wife, portrait/wildlife artist Audrey Sanders came to Lake County from their home in Europe. That same year they established Lake County's first professional symphony orchestra, The Florida Lakes Symphony Orchestra. In the process of forming and bringing international talent to the orchestra, maestro Michael J. Garasi was recruited as principal conductor from 2006 to 2014.
Our second decade will host a series of guest conductors from around the world. Virtuoso Bulgarian violinist Konstantin Dimitrov continues to anchor the orchestra since 2006 as Concert Master and violin soloist. With the immense stage presence,  guiding light and infallible musical sense of the founder, Guy Saint-Clair, piano soloist in many great concerti, and the artistic organizational skills of the co-founder, Audrey Sanders, executive director, the orchestra was established as a formidable force on the cultural scene of Central Florida. 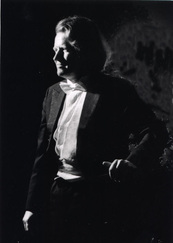 Guy Saint-Clair
In April of 2010, the orchestra and audience were saddened by the untimely passing of Guy Saint-Clair on the eve of his "Indigo Dreaming" concert.  The symphony presented this concert then in his honor with his wife reading the poems and art she dedicated to Guy.  The symphony continued in May with the steadfast resilience of its co-founder and the loving remembrance of the musicians.

Now going into its 15th Season, The Florida Lakes Symphony Orchestra is a professional symphony of immense talent and perseverance.  The innovative programming of Guy Saint-Clair and his wife Audrey Sanders has continued to thrill and please the audience of Lake County with tongue in cheek flair and varied but always beautiful music. This is an orchestra of whom the newspapers have proclaimed "small-town charm, world-class music!" 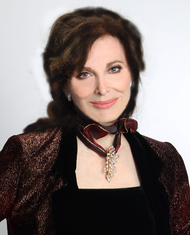 Audrey Sanders
While awaiting the building to officially house the symphony which Guy Saint-Clair and Audrey envision, the orchestra performs this Season in the Epiphany Celebration Anglican Church in Eustis, and at the Family Christian Center in Clermont in order to accommodate the northern and southern parts of a tall county.